We're about halfway through our adventures in Fiordland and are mystified as to why no other boaters are here.

There are the Sandflies of course... 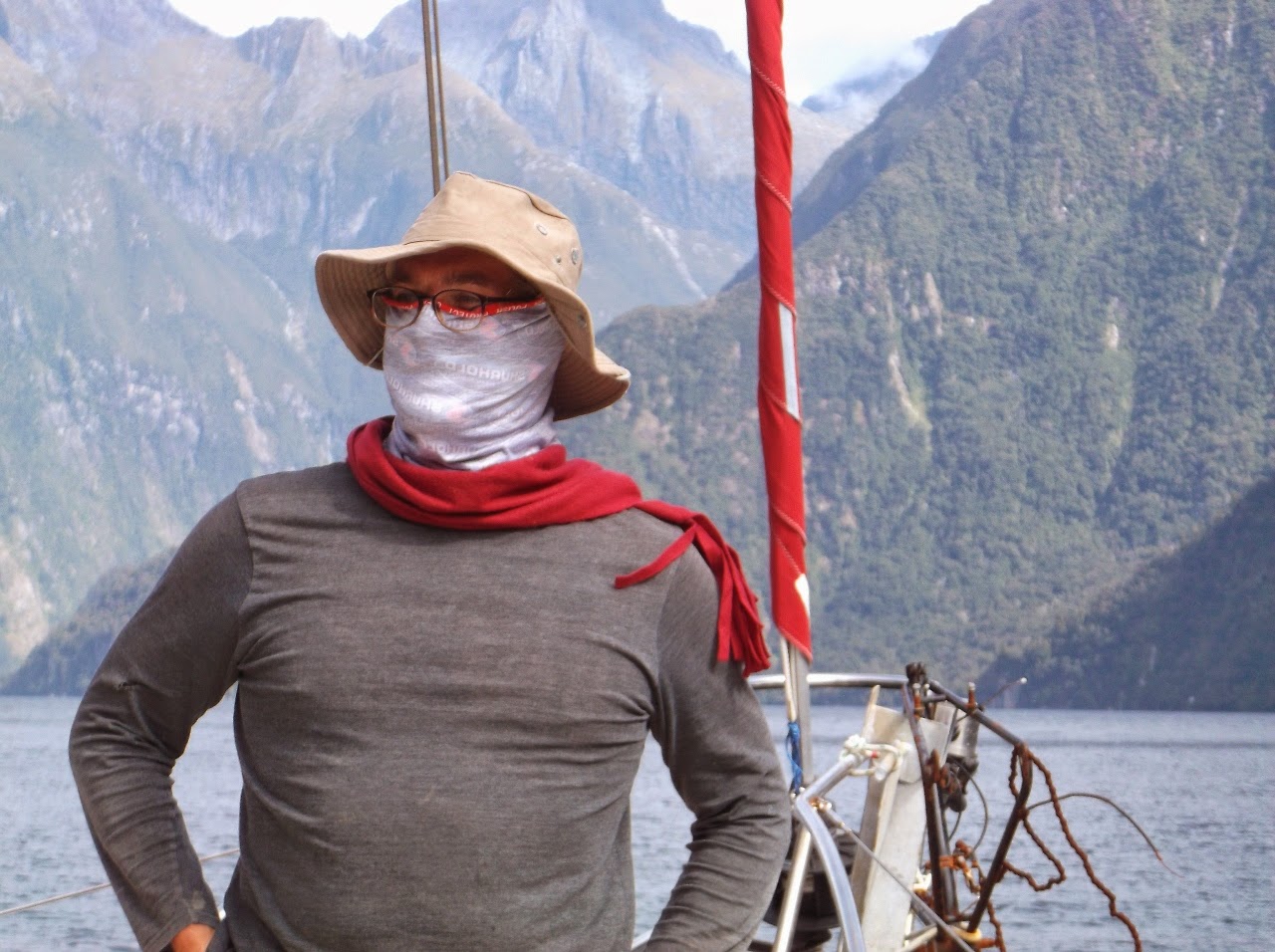 The Sandfly ranger! They may be small but there can be huge numbers of the little bitey critters at times. 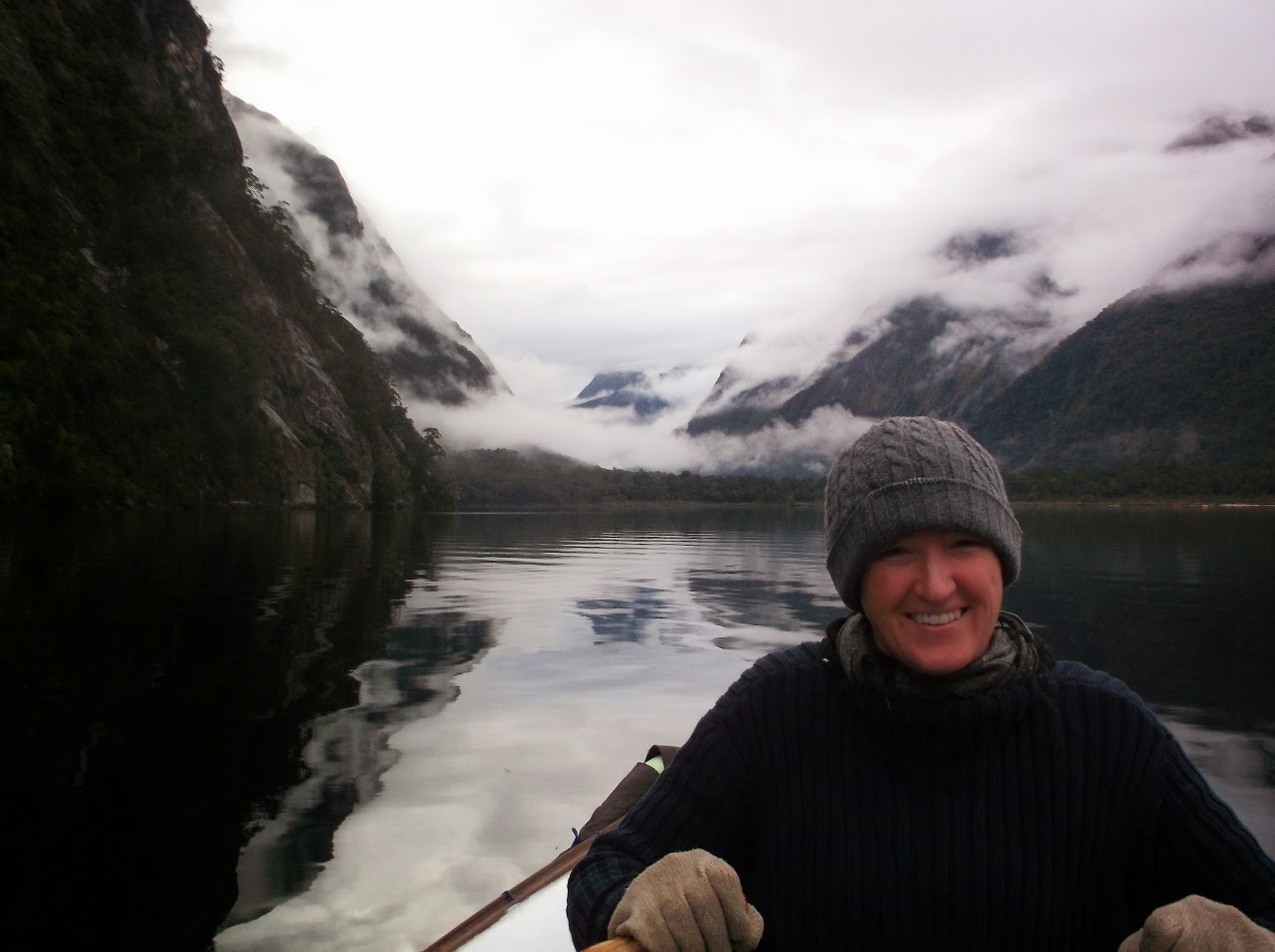 Though it's only rained three days in the fortnight we've been here.

The katabatic winds (those created by the land heating during the day and cooling overnight where the sea temperature stays stable) are difficult to predict and make the offshore forecasts somewhat academic at times. We had to abort an attempt to leave Milford Sound as it got too late in the day and we've had to use Pip (the engine) more than we usually would but generally the weather hasn't been a big problem. 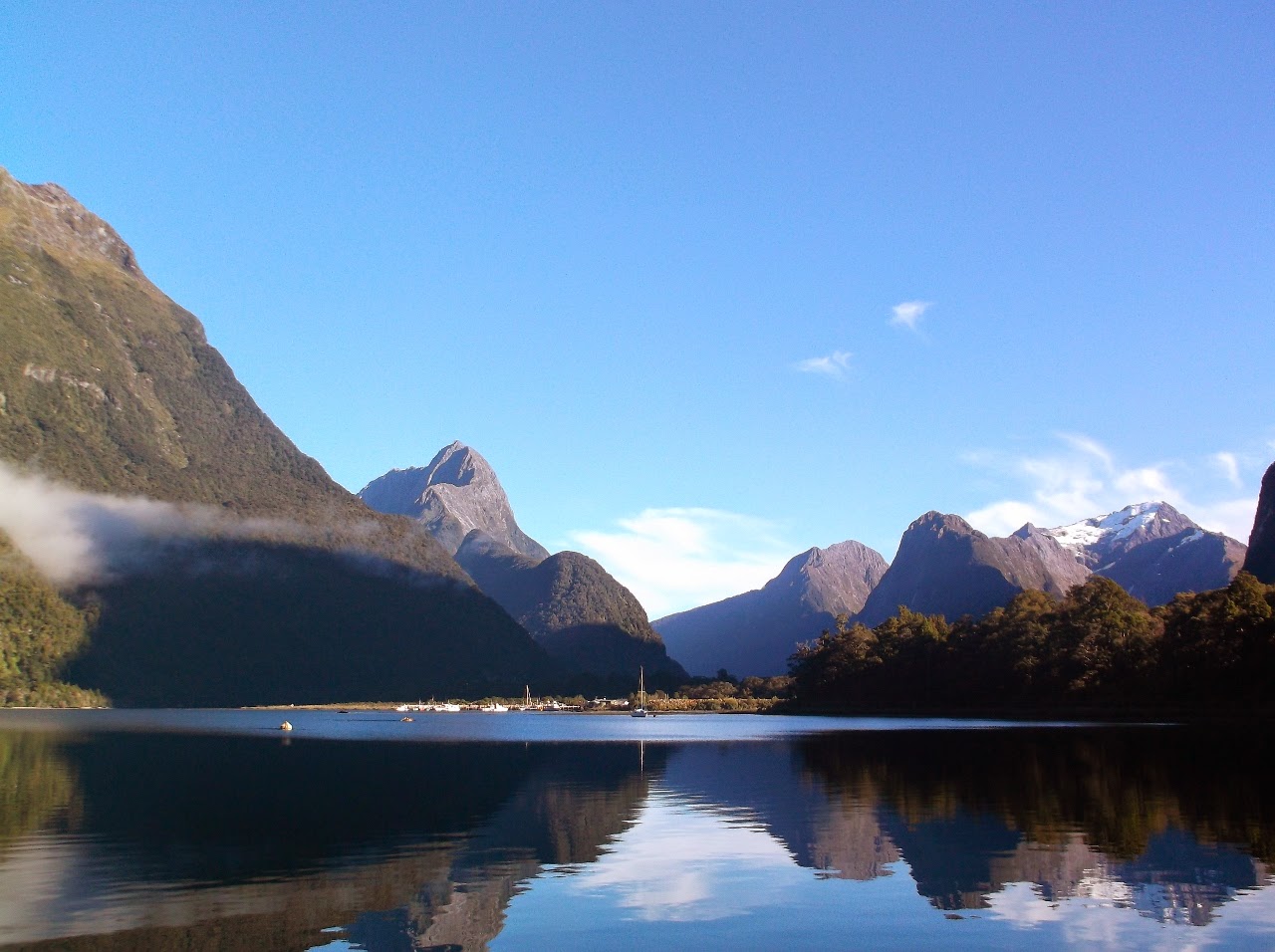 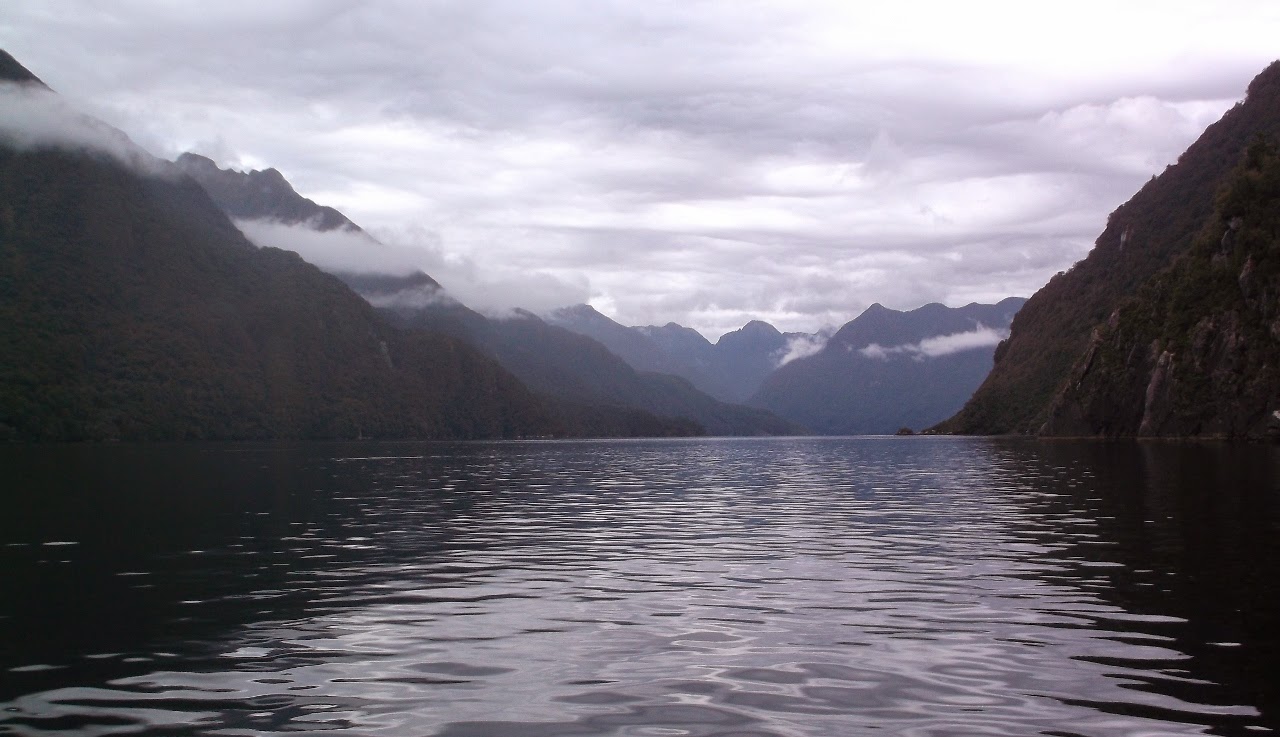 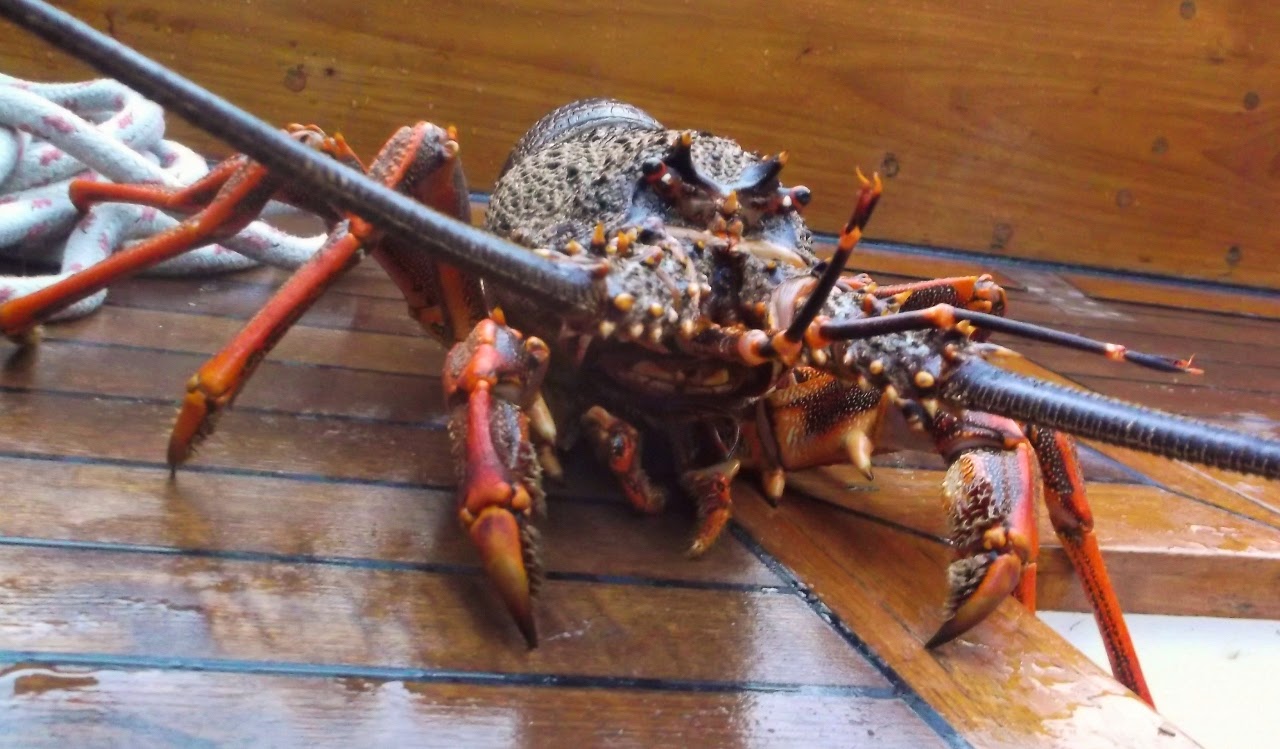 Everyone we've met has been super friendly, generous and fun. This area really is an unspoilt wilderness so there's been plenty of quiet seclusion too... 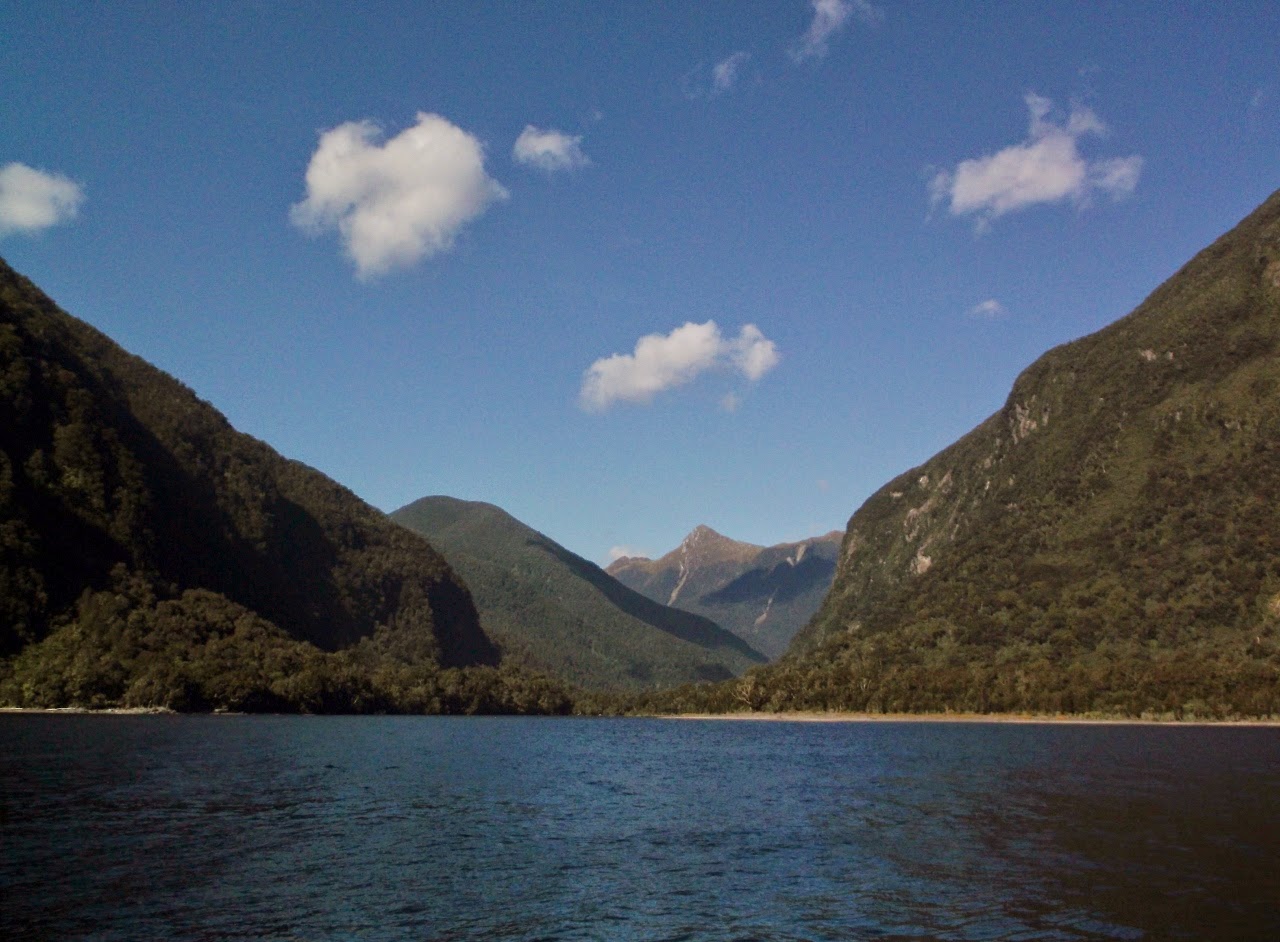 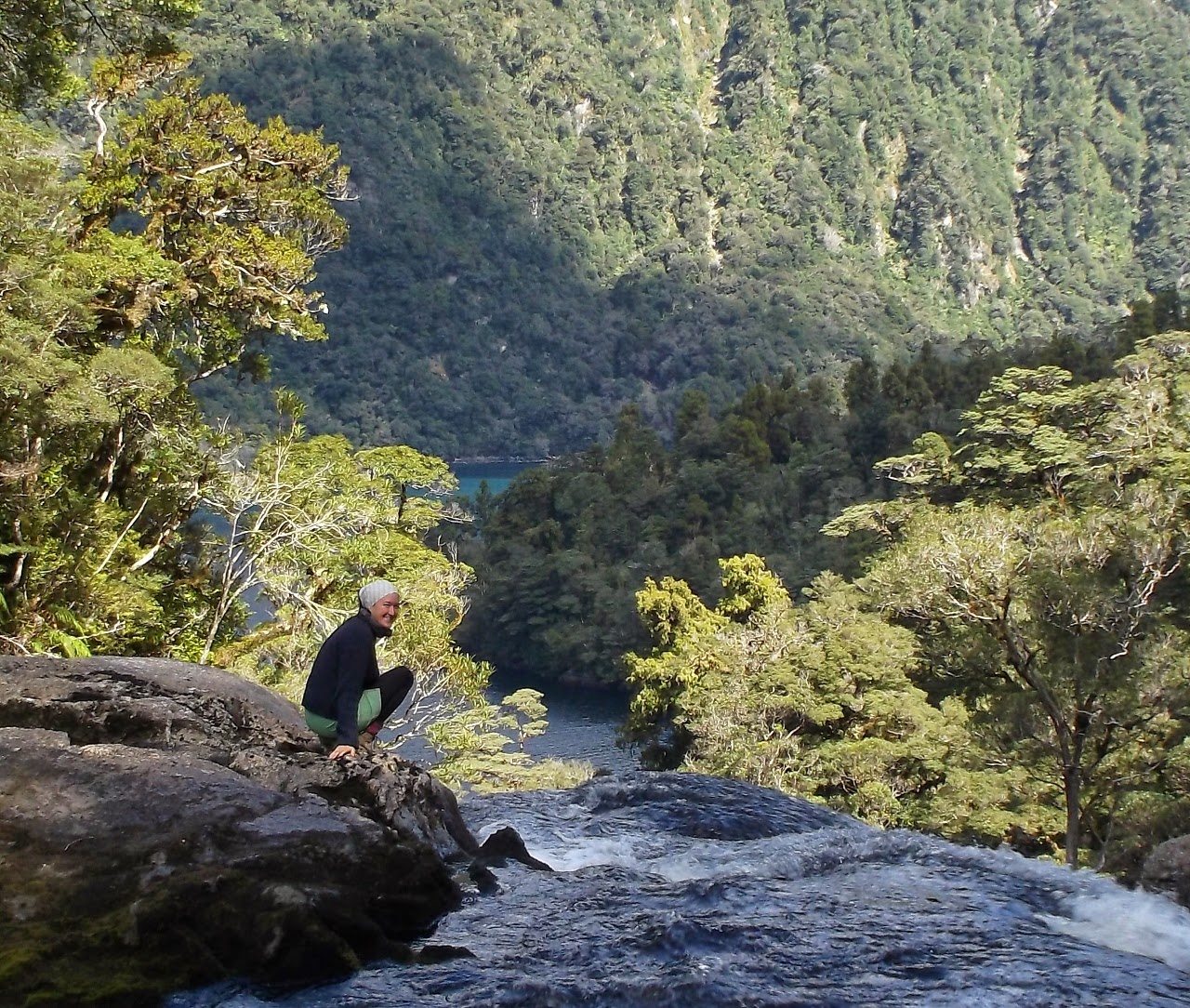 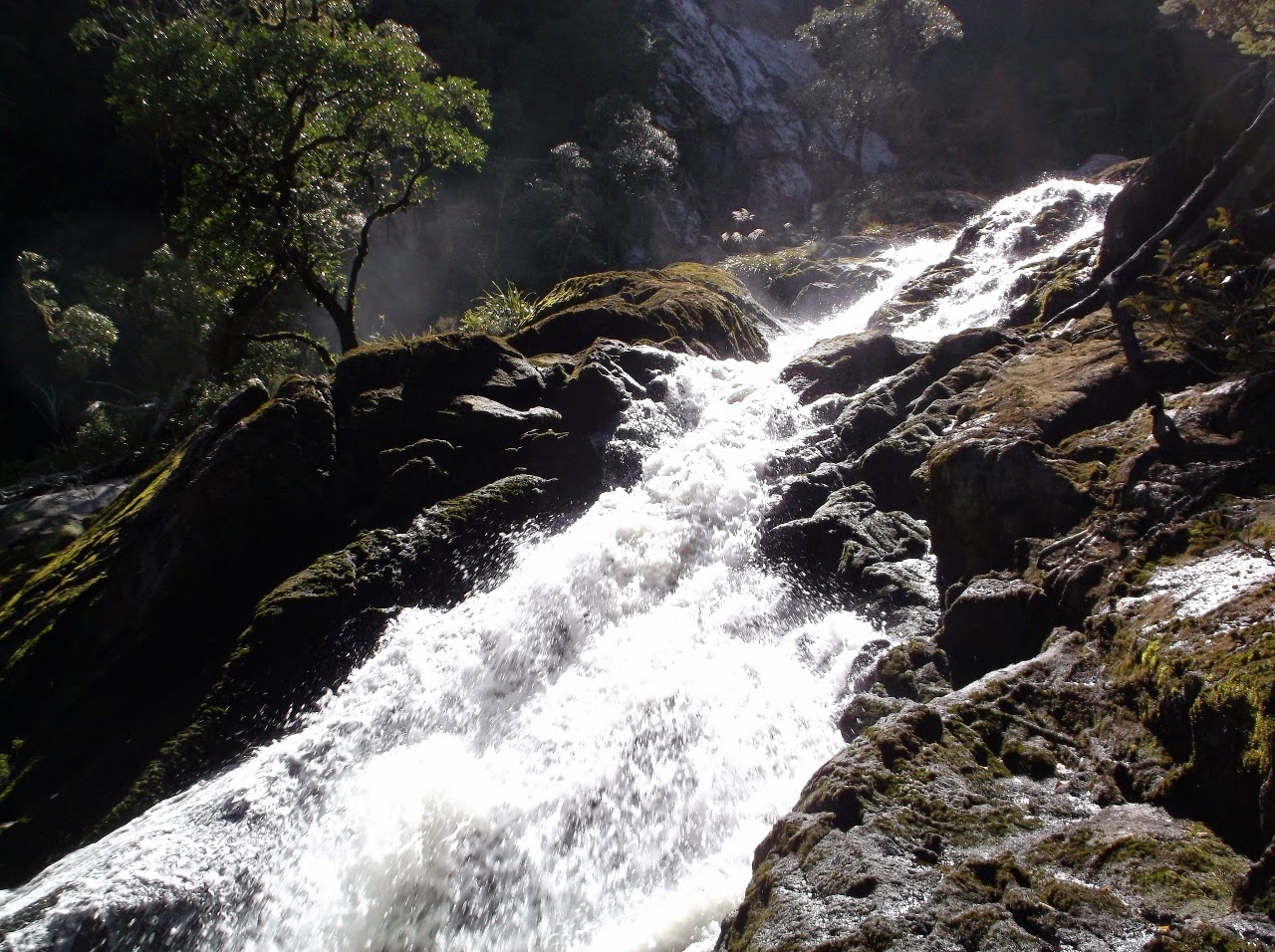 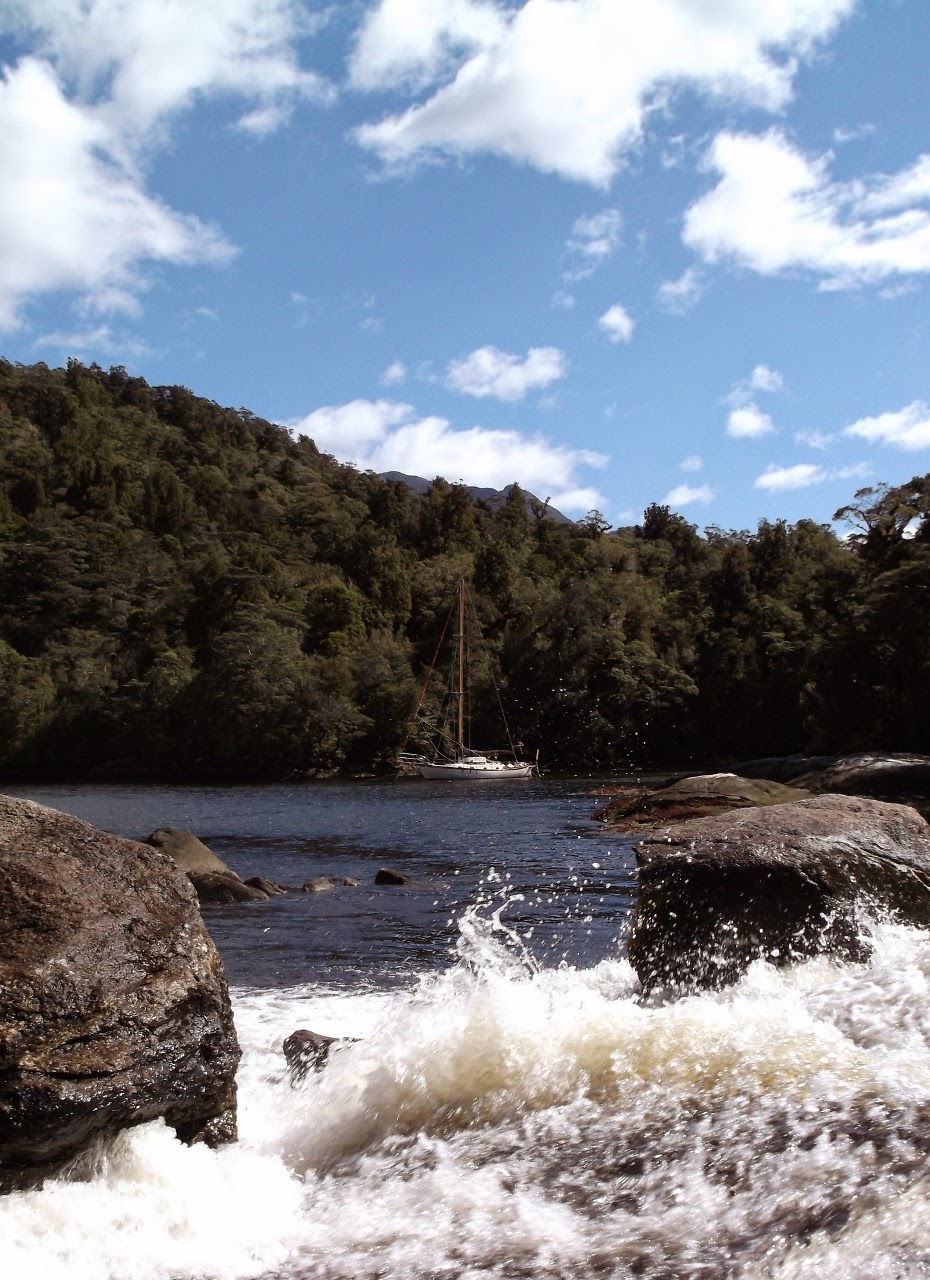 We've decided to give ourselves some challenges for the second half of our trip to broaden our experiences... 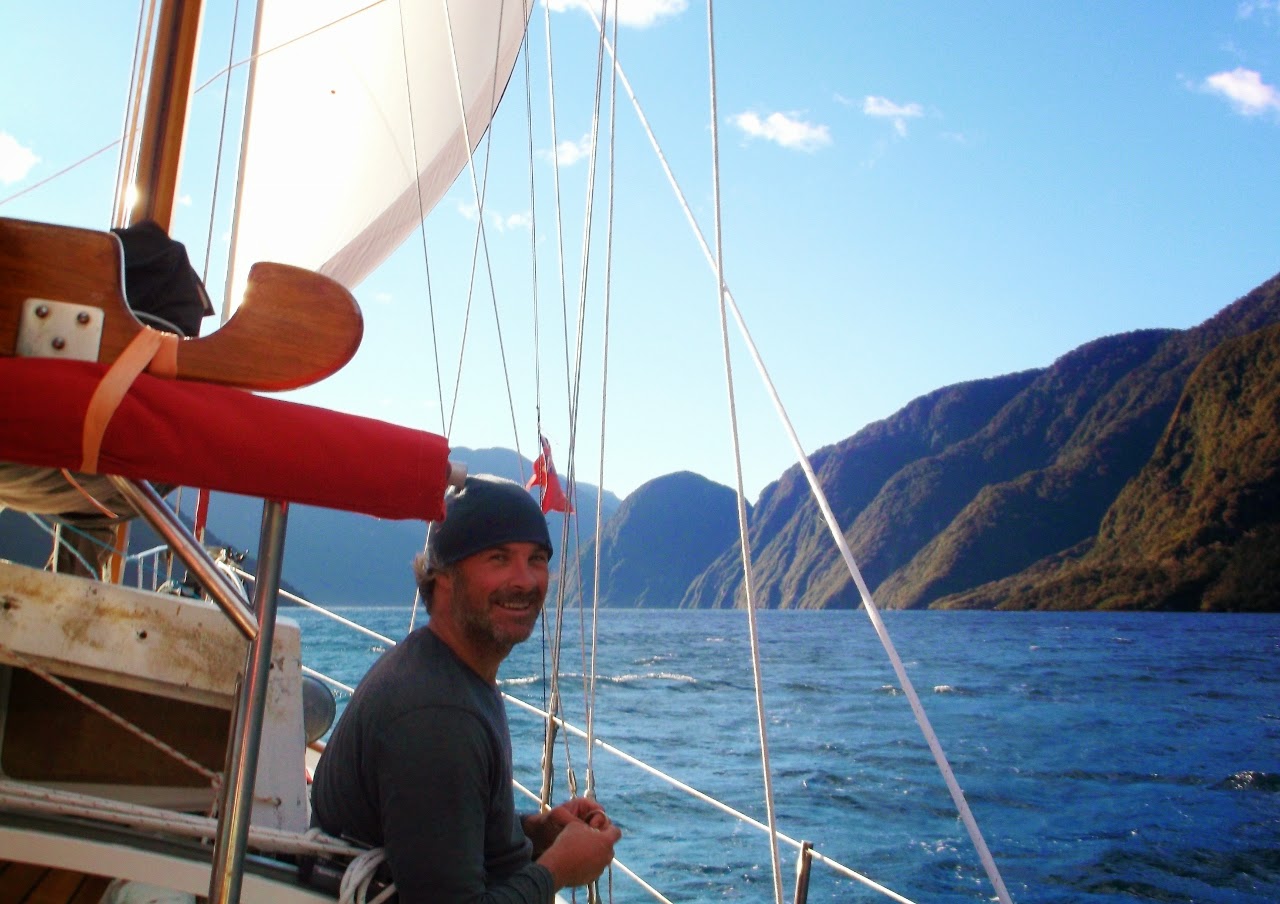 On our way out of George sound. 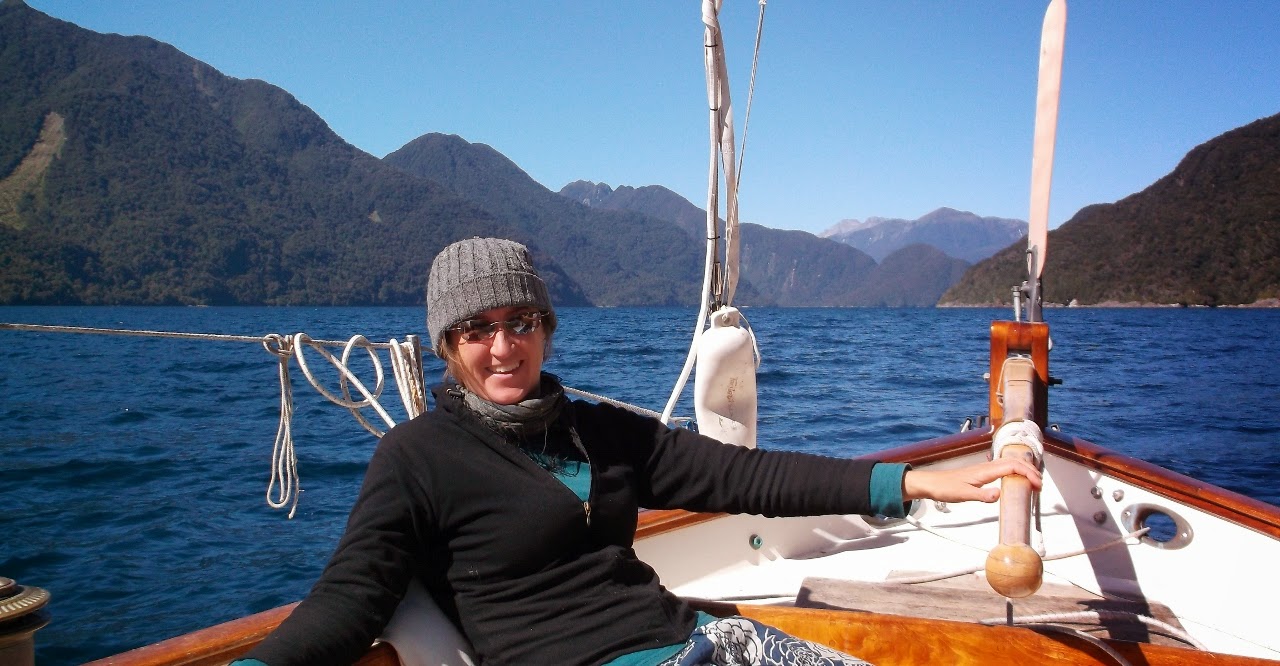 So far we've visited Milford, Bligh, George, Thompson and some of Doubtful sounds, we plan to see more then move on to Breaksea, Dusky and then Chalky and Preservation inlet before we sail on to Stewart island. There's a huge amount here to be explored. 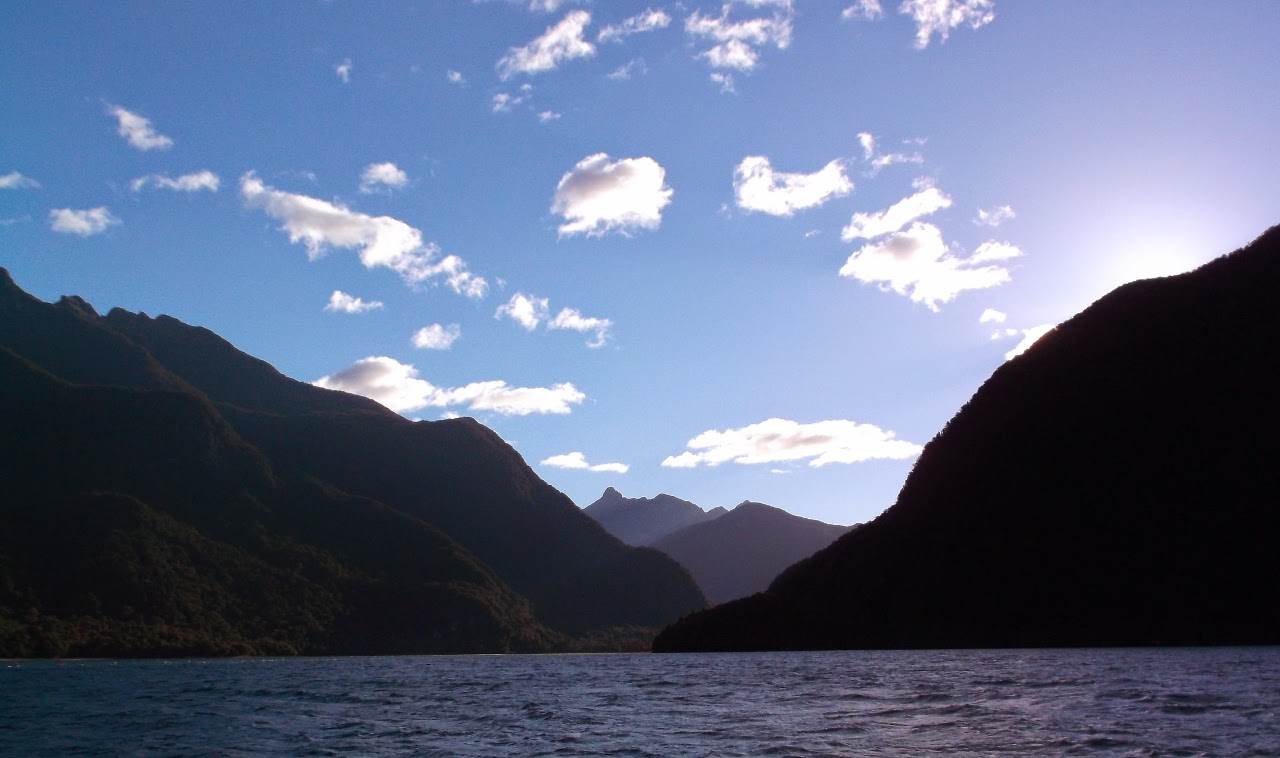 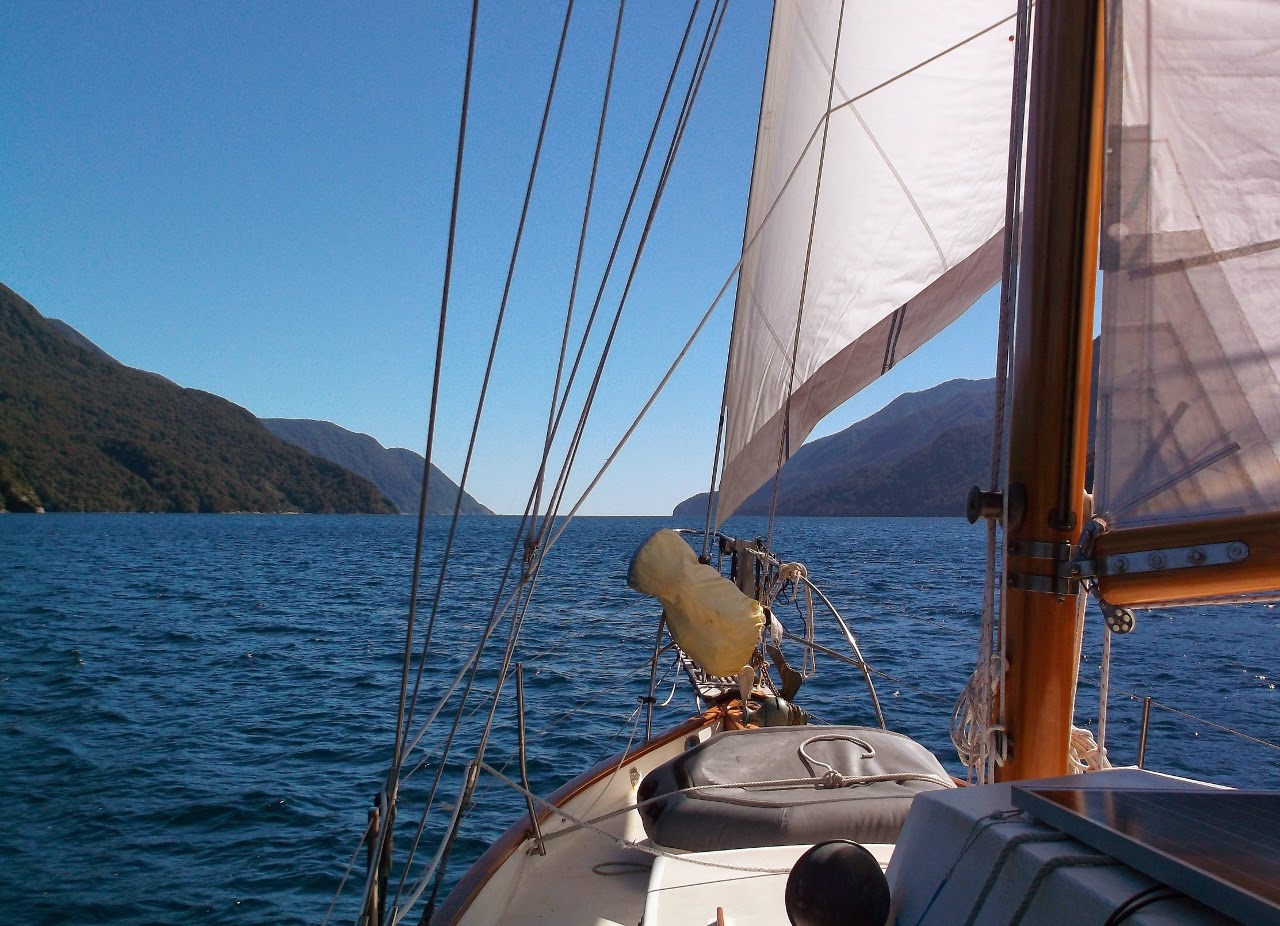 Looking back towards Milford sound in the distance

Through the forties to Fiordland...

We'd first glimpsed a sight of land around two in the afternoon when it was still over forty miles away. The sky cleared more comprehensively around six eliciting exclamations from us both. I don't know what I'd expected but the sight surpassed anything we'd imagined.

As darkness fell we still had at least fifteen miles to go. Duncan shivered with excitement,

I love night time arrivals too but truth be told only because of the reflected glow of Duncan's confidence and excitement. Seeing in the dark in unfamiliar teritory is not my forte.

As we approached, the wall of towering rock disclosed ridges and fissures. A silvery stripe of waterfall here, then there; 'they're everywhere!' The surf crashed on the rocks around the point and across Anita's bay. We rolled on in.

Navigation wasn't hard once we started to benefit from the shelter of the imposing granite.  The crags tumble down from thousands of metres above the mast to hundreds of metres below the keel here, the igneous formations gorged out by glaciers.

We spied the bay we'd planned to check first; it was vast, calm and in that silvery half light breathtakingly beautiful. We slept soundly for the rest of the night and awoke to blissfull flat calm, then had a gentle sail in to the deep harbour, a far cry from the previous few days. 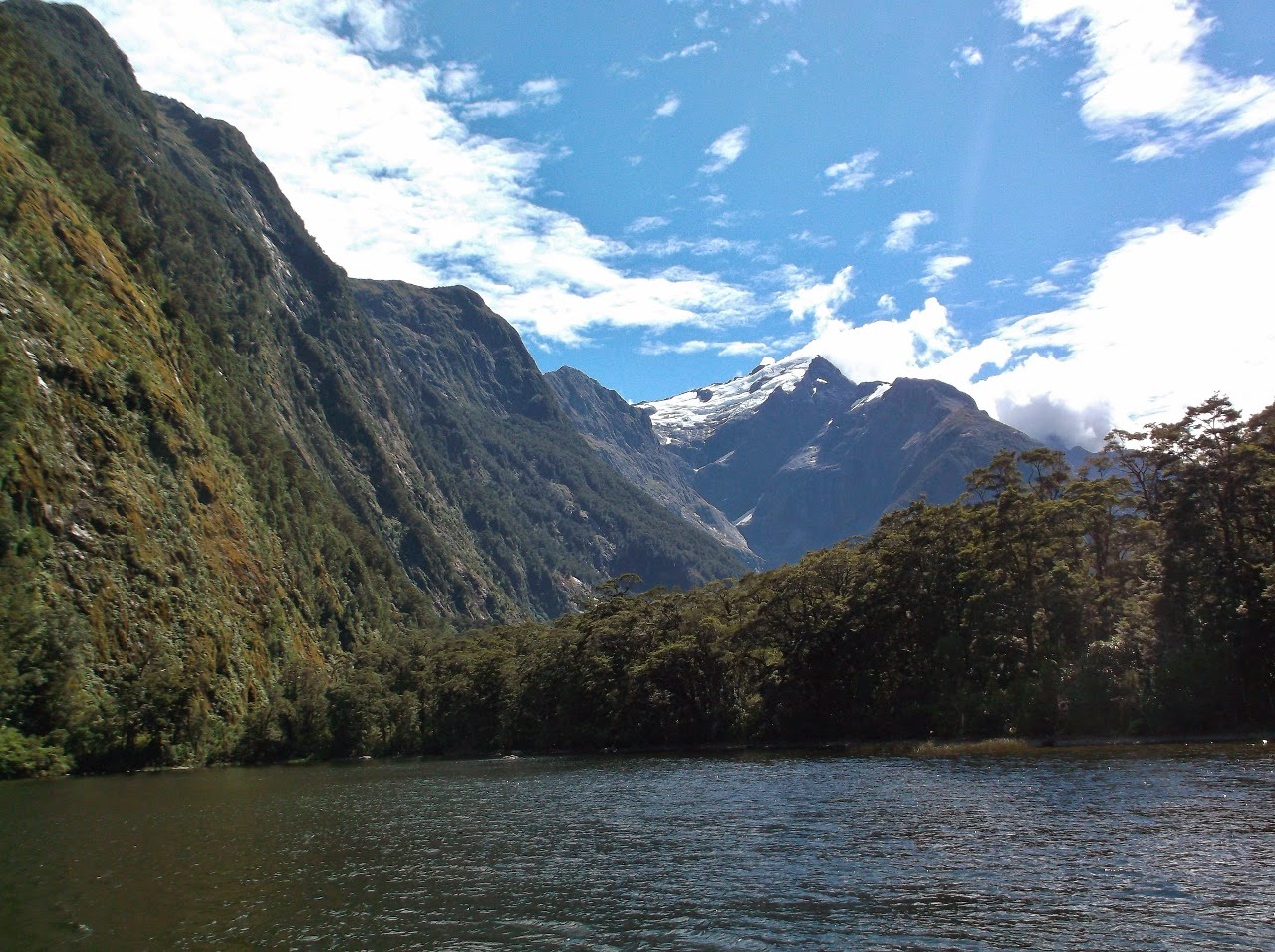 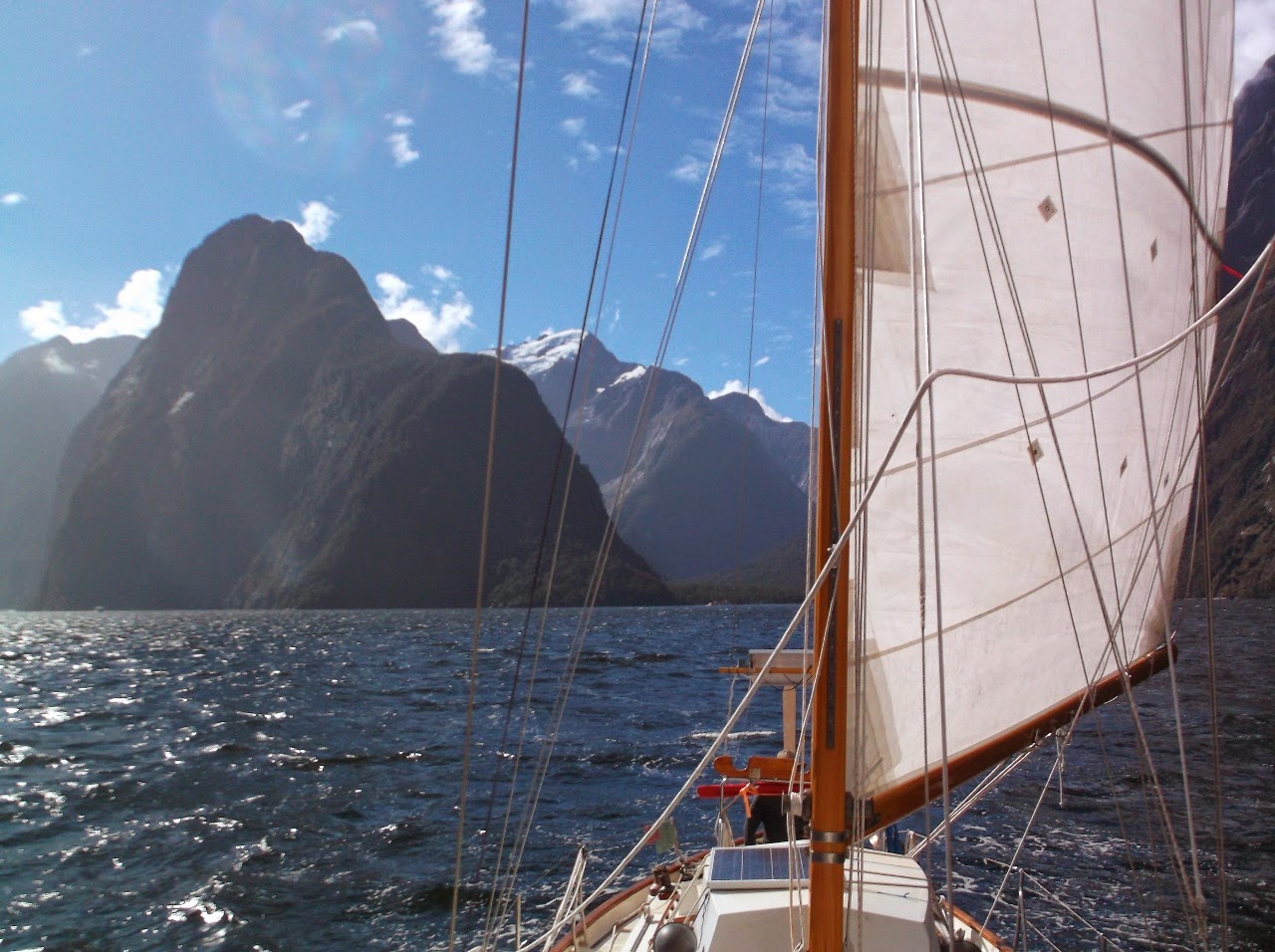 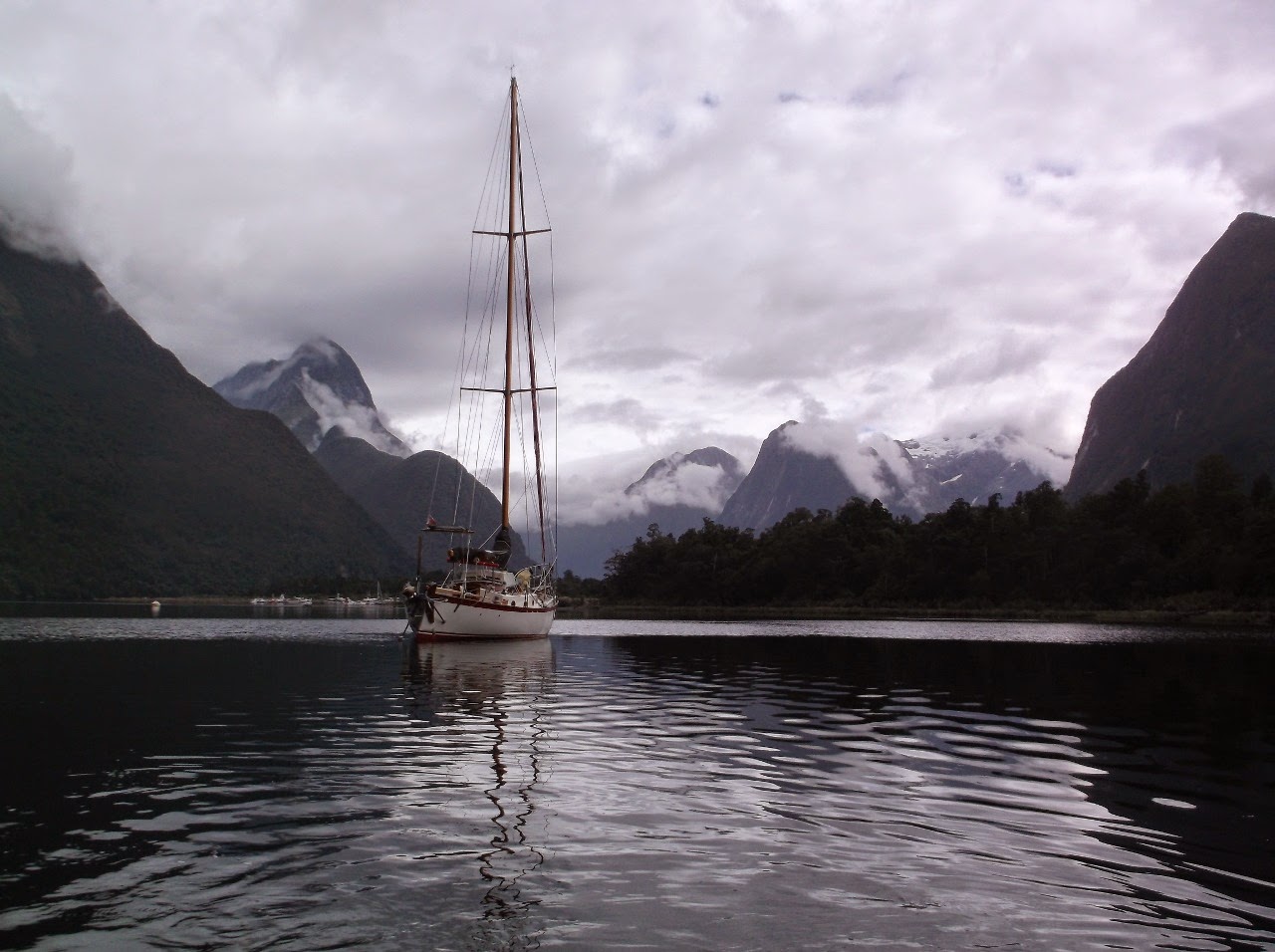 Posted by Impetuous at 12:16 AM No comments: